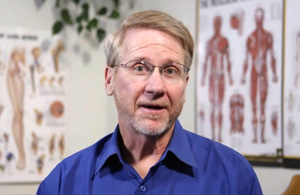 Dr. Cory Carroll is a board-certified family physician who is still practicing medicine in Fort Collins, Colorado. Over the past thirty plus years he has greatly appreciated (and learned from) the relationships that he shared with his patients. He strongly believes in patient autonomy and that having choices at the end of life is critical and should be available to every American. Working with Compassion and Choices as one of the Medical Directors is a natural fit.

Cory was born in Florida but became a resident of Colorado at a very young age. Growing up in Aurora, a suburb of Denver, he fell in love with the mountains and seasons that Colorado offers. He completed his undergraduate bachelor’s degree in mechanical engineering at Colorado State University in 1979. He received a scholarship from the United States Air Force and entered active-duty service as a commissioned officer. After that he obtained a master’s degree and spent the next 6 and ½ years working at the Air Force Aerospace Medical Research Laboratory (AFAMRL).

At AFAMRL he worked with other scientists to improve the survivability of pilots ejecting out of high-speed aircraft. Although this was an important task, the most notable aspect of his time in Dayton, OH, was to meet and fall in love with his wife of 31 years, Shelly. Upon leaving the Air Force, Cory was accepted into medical school at the University of Cincinnati. Matriculating in 1989 he was offered residency training at the Poudre Valley Hospital Family Medicine program in Fort Collins.  Enticing his New York State wife to live in Colorado wasn’t too difficult, especially when one looked at the number of days of sunshine vs. overcast compared to upstate NY.

Over the next few years, he and Shelly had two beautiful boys and decided to make Fort Collins their permanent home. When medical aid in dying became a potential legislative option, Dr. Carroll was a staunch supporter and testified at the legislature. Despite two failed attempts to pass the law in the CO legislature, a ballot initiative passed in 2016 gave qualified patients the opportunity to choose medical aid in dying. Educating patients and physicians regarding this option has been a significant part of Dr. Carroll’s passion and he is extremely grateful to be part of Compassion & Choices.