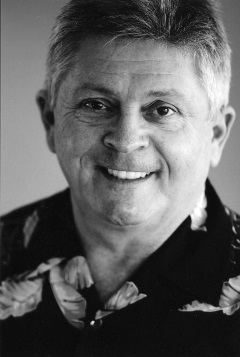 John Radcliffe, a resident of Honolulu, Hawai’i, was diagnosed with cancer in 2014. John wanted the option to receive a prescription for medical aid in dying in the event that his condition worsened and he received a terminal prognosis of less than six months. Dr. Charles Miller stated that he would be willing to write the prescription but, because Hawaii had not yet passed medical aid-in-dying legislation, could not for fear of being criminally prosecuted.

On July 17, 2017, the court granted Defendant’s Motion to Dismiss, citing Kahaikapuna v. State of Hawai’i, 124 P.3d 975, in ruling that declaratory judgment for a criminal matter is not appropriate in this case. The court further opined that the court was ill-suited to resolve this matter even if it could. On August 9, 2017, John Radcliffe, Charles Miller, M.D., and Compassion & Choices (“Plaintiffs-Appellants”) appealed the matter, bringing it to the Intermediate Court of Appeals of the State of Hawai’i.

Plaintiffs-Appellants re-argued their claims, and additionally stated that waiting on Hawaii’s legislative branch to consider the matter is not adequate, as the legislature has a “repeated failure to pass any law either expressly outlawing the practice, or setting forth in detail the procedures and safeguards by which medical aid in dying may be employed.” Plaintiffs-Appellants stated that there are numerous now-constitutional rights that were recognized judicially, rather than waiting for the legislature to address the matter.

While we did not receive the ruling we had hoped for from the court, Compassion & Choices’ efforts were not in vain. Our companion legislation brought in conjunction with the lawsuit was successful, and on April 5, 2018, Hawaii’s Governor, David Ige, signed the Our Care, Our Choice Act, which granted citizens of Hawai’i the ability to receive medical aid in dying.

Sadly, John Radcliffe passed away in August 2020. He is remembered fondly for his advocacy to protect and expand end-of-life options in Hawaii.