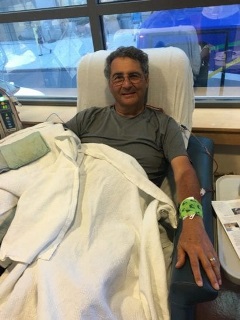 Roger Kligler, a retired physician in Falmouth, Massachusetts, has lived with prostate cancer for two decades. As a physician himself, Roger has dealt firsthand with cancer his entire professional life. Although his current cancer treatments are working, he knows how devastating its various symptoms and treatments can be. Roger believes that he “should have the freedom to say how much suffering is too much during [his] final days,” so he decided to pursue that.

On November 6, 2018, we filed a Motion for Partial Summary Judgment, arguing that plaintiffs have standing to bring the lawsuit, terminal patients seeking access to medical aid in dying:

On March 26, 2019, the court heard oral arguments. On December 31, 2019, the court dismissed the case. The court did rule in our favor in one of the six counts in the lawsuit: physicians are free to advise terminally ill patients about this end-of-life care option to peacefully end unbearable suffering.

“…the plaintiffs are correct that the law of involuntary manslaughter does not prohibit such provision of information and advice … where MAID [medical aid in dying] is legal … In concluding that MAID is not authorized under Massachusetts law, the court notes that there appears to be a broad consensus that this issue is best not addressed by the judiciary” (see pages 11, 23 of ruling posted here). For more information about the ruling, please see the press release here.

Compassion & Choices appealed the court’s dismissal on all other counts in May of 2021. After the parties briefed the appellate court, the matter was sent directly to the Massachusetts Supreme Judicial Court on October 21, 2021; oral arguments were heard on March 9, 2022. After oral arguments, the Court requested additional briefing on whether the United States Supreme Court’s recent decision in Dobbs v. Jackson, the case holding that there is no constitutional right to an abortion, has any impact on the the issues in the case. Briefing on Dobbs was submitted on August 29, 2022.

On December 19, 2022, the Court ruled that terminally ill adults have no state constitutional right to medical aid in dying and that state law prohibits this end-of-life care option. While the Court declined to recognize a fundamental right to aid in dying, the Court’s decision recognized the importance of end-of-life decision making and encouraged the legislature to take up the question of whether to authorize medical aid in dying. The Court’s majority concluded:

"Although we recognize the paramount importance and profound significance of all end-of-life decisions, after careful consideration, we conclude that the Massachusetts Declaration of Rights does not reach so far as to protect” medical aid in dying. We conclude as well that the law of manslaughter may prohibit [medical aid in dying], and does so, without offending constitutional protections.

Our decision today does not diminish the critical nature of these interests, but rather recognizes the limits of our Constitution, and the proper role of the judiciary in a functioning democracy. The desirability and practicality of [medical aid in dying] raises not only weighty philosophical questions about the nature of life and death, but also difficult technical questions about the regulation of the medical field. These questions are best left to the democratic process, where their resolution can be informed by robust public debate and thoughtful research by experts in the field."

Writing in dissent, Justice Wendlandt argued that “when a terminally ill, mentally competent patient approaches the final stage of the dying process … [a]llowing this subset of patients to choose to die with dignity as their final act while death is looming and inevitable would not result in harm to the public welfare.”

Despite this setback, Compassion & Choices continues to work to ensure all individuals have access to the care they want at the end of life. You can learn more about our ongoing efforts to authorize medical aid in dying in Massachusetts here.