A distinguished board of directors brings a broad range of expertise spanning the non-profit, for-profit and academic sectors. Through regular meetings and ongoing discussion, the board provides strategic counsel and ongoing operational guidance as the movement to empower end-of-life choices continues to evolve. The entire Compassion & Choices community is heartbroken that Jaren Ducker, our board treasurer, died on December 14, 2018.  Read our tribute to her here. 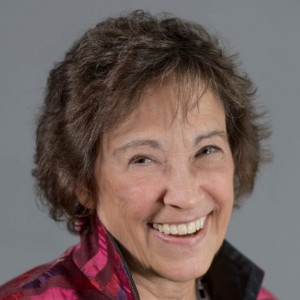 Jerri is co-founder and former president of JBS International, Inc., a consulting firm that works to strengthen health care, social service, and education systems in the United States and internationally. Her career has focused on vulnerable populations, expanding their access to and options for quality health care. Her work engages policy makers and program leaders in strengthening federal, state, and community health care policy and service delivery. 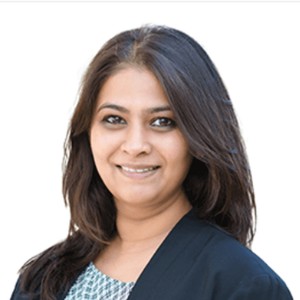 Chandana Banerjee, M.D., M.P.A., is an assistant clinical professor in the Department of Supportive Care Medicine, specializing in hospice and palliative care. She developed the City of Hope Hospice & Palliative Medicine Fellowship. She also established the Cancer Pain Rotation for Kaiser Permanente Los Angeles Hospice & Palliative Medicine Fellowship, which is now part of the core curriculum for the Kaiser Permanente Southern California Hospice & Palliative Medicine fellowship program. Dr. Banerjee also developed and directed the End of Life Symposium which was held at City of Hope in September 2019 and has now been endowed for multiple years. She is the physician lead for Schwartz Rounds at City of Hope and serves as chair on the End of Life Option Act Subcommittee. She also serves on the Continuing Medical Education and the Ethics and Quality of Life committees. 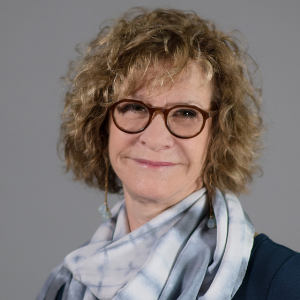 Nancy is a counseling psychologist and educator who has worked with adolescents in underserved Chicago schools. She is currently the vice president of the Civic Leadership Foundation’s board, whose program helps students develop the skills and experiences necessary to become engaged civic leaders. She received her BA from Sarah Lawrence College and her MA in organizational and counseling psychology from Teacher’s College, Columbia University. Nancy has served on many strategic planning committees in both secondary schools and colleges in New York and Chicago. She and her husband, Bob Hoyt, have been involved with Compassion & Choices for more than a decade. 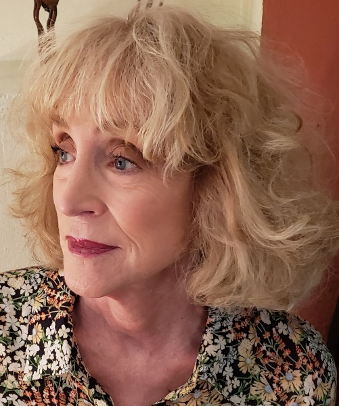 Elaine Charney, J.D., is an attorney who worked as an Administrative Law judge and Director of the Bureau of Driver Safety for the Michigan Department of State. She was also employed by the Department of Homeland Security as Program Manager of Transportation Worker Identification Credential, or TWIC, and as Assistant Federal Security Director for the Southwest Florida International Airport. Charney spent 25 years working with the Michigan Legislature to pass many traffic safety laws including major drunk driving reforms. Governors of both parties appointed her to serve on several Michigan boards and commissions. Elaine was also a volunteer professor and Chair of the Faculty Council at the National Judicial College in Reno, Nevada.. She served as the first woman President of the Ingham County Bar Association, Vice President of the Michigan State Bar Foundation, President of Mid-Michigan Women’s Lawyers Association and Chair of the Michigan Bar Association Annual Convention for years

In retirement, Elaine has become a watercolor and mixed media artist. She teaches art at the local college and her work can be seen at www.elainecharney.com. 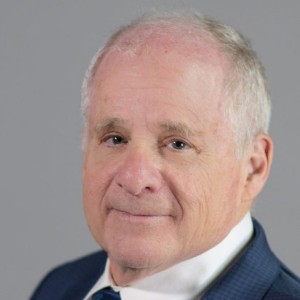 Dan was the founder and owner of a chain of office supply stores in Washington, D.C., and New York City. He has been actively involved in a number of non-profit organizations in the United States and internationally that promote individual freedom. He is past chairman of the board and a continuing board member of the Atlas Network and Foundation for Economic Education. He is also a current board member of a number of other non-profits. Additionally, he serves as an advisor to a number of private companies. He is a graduate in economics from Miami University (Ohio) and has an MBA in finance from Columbia University in New York.

David brings extensive experience in nonprofit governance and organizational finance, as well as expertise in guiding coalitions of diverse stakeholders in pursuit of common legislative and policy initiatives. Formerly General Counsel of the North American Electric Reliability Corp. and Deputy General Counsel of the United States Federal Energy Regulatory Commission, he has practiced law for more than 40 years. David and his wife Ann Thompson Cook are longtime supporters of the movement for end-of-life options. He was elected to the board in 2014.

Debbi has been actively involved with Compassion & Choices since 2000. Her grandmother spent the last few months of her life distributing copies of Elisabeth Kubler Ross’ book, On Death and Dying, and preparing for a good death from the effects of cancer. Her mother was active in reproductive rights. Debbi is the Director of Just Managing, a music agency, and has worked as an executive director in the broadcasting and entertainment industry for many years. She holds an architecture degree and lives in New York with her son. 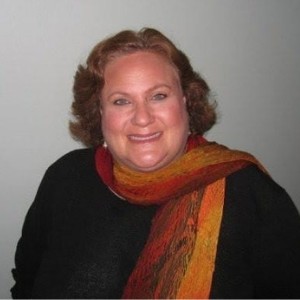 Jill Gordon is the CEO and co-founder of KidSnips, Chicagoland’s leading children’s hair salon chain with $4.5 million in sales and more than 90 employees. Gordon has served as a board member of Planned Parenthood of Illinois since 2017, and she currently serves as chair of its Investment Committee and a member of its Finance and Strategies committees. She formerly served on the board for 20 years and was board treasurer for 10 years of Tuesday’s Child, a local, behavioral intervention program for at-risk, highly-stressed families from all income levels. She has been co-chair of CARE Chicago Women’s Initiative since 2005, a nonprofit organization dedicated to raising funds, advocacy, and creating awareness for the large international, humanitarian organization CARE. Gordon graduated with a B.S. in economics from the University of Pennsylvania’s Wharton School in 1979 and received an MBA from Northwestern University’s Kellogg Business School in 1980. 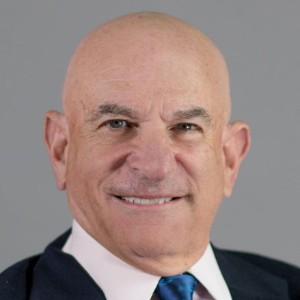 Steve has been as an assistant public defender in Maryland since 2012, defending the indigent criminally accused and serving as general counsel for the office. From 1980 until 2012, he was a litigation partner in the Washington, D.C.-based law firm Wilmer Cutler Pickering Hale and Dorr LLP, where he handled a variety of complex business-litigation cases. He served for 15 years as chair of the firm’s pro bono program, which The American Lawyer consistently ranked among the top five in the country. He was recognized by The Baltimore Sun as its “person of the week” for his work in a case that brought a halt to Maryland’s death penalty. He has also served on a number of nonprofit boards. 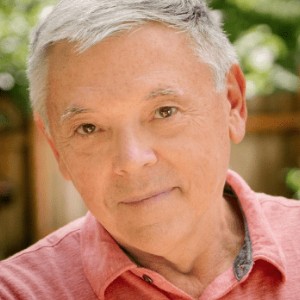 Csaba is an accomplished, experienced, outcomes-driven healthcare leader with skills built on a foundation of quality, evidence-based medicine, cost efficiency, innovation and performance excellence. Twenty-three years as a clinician, caring for patients, followed by twenty plus years as a physician executive allows him to bring experience and expertise to all aspects of medical management, cost management and healthcare quality. At Cambia Health Solutions, Csaba built the nation’s first palliative care program that got the attention of Capitol Hill and convinced CMS to address a number of issues around reimbursement for end-of-life care. Most recently, Csaba wrote and executive produced a feature film called “Here Awhile.” 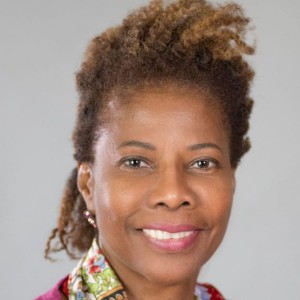 Dr. Ridgill is a Site Medical Director at AltaMed, the nation’s largest network of community-based primary care clinics and senior care programs, overseeing clinical patient care. AltaMed is headquartered in Commerce, California. Dr. Ridgill is a diplomate of the American Board of Internal Medicine and is board certified in hospice and palliative medicine. She is also a visiting physician at VITAS Healthcare in Coastal Cities, California. Dr. Ridgill completed her residency at UCLA-Charles Drew Medical Center in Los Angeles. She received a Bachelor’s Degree from Creighton University and a medical degree from Creighton University Medical School, in Omaha, Nebraska. 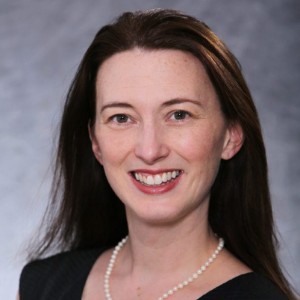 Leslie Jennings Rowley is a respected organizational engagement leader and content producer with a background in building new programs and sustaining key initiatives for mission-driven organizations. She began her career in the creative arts world—supporting the mission of San Francisco Opera by creating immersive experiences for established donors and the culturally curious alike. She then spent nearly twenty years in the educational travel industry, where she created and managed experiential learning programs for the likes of National Geographic, the Smithsonian Institution, and Lindblad Expeditions, before Princeton University asked her to build Princeton Journeys, which became one of the preeminent alumni travel programs in the U.S under her tenure. She was also the Assistant Director of the Kahneman-Treisman Center for Behavioral Science & Public Policy and now provides high-level communications and engagement strategy to the university. Leslie holds an A.B. in Economics and Geography from Dartmouth College, an M.B.A. in international business, and a Ph.D. in media psychology and recently launched an organization, Hereafter Partners, that aims to make conversations about death, dying, and aging more normalized and accessible for younger cohorts of society. 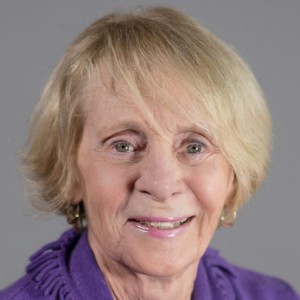 Samantha’s wide range of interests have found expression in both the for-profit and not-for-profit worlds. She spent many years developing rental housing in New Jersey. She developed an art print business while raising her family in London. She did clinical social work at Mt. Sinai Hospital in New York City and Beth Israel in Newark, NJ. In the not-for-profit area, she has served on various boards supporting disabled young adults in a residential facility, supporting a local YMCA and contributing to the goals of the Nantucket Conservation Foundation. Her interest in Compassion & Choices began initially with a Compassion & Choices lecture on living wills and quickly extended to attending and then sponsoring events to introduce others to the organization. 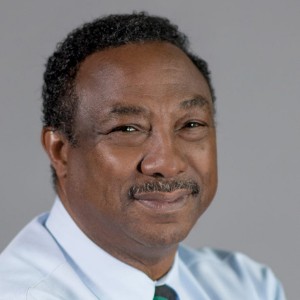 The Rev. Madison T. Shockley II is the pastor of the Pilgrim United Church of Christ in Carlsbad, CA. He brings to Pilgrim Church a wealth of experience from his work in the religious, political, non-profit, and media environments. Originally ordained in the African Methodist Episcopal Church in 1979, he joined the United Church of Christ in 1990 when he accepted the call to the Congregational Church of Christian Fellowship, UCC, in Los Angeles. Madison was called to Pilgrim Church (as the first African American pastor of this predominantly Anglo congregation) in 2004. Beyond the pulpit, Madison was a grassroots candidate for the Los Angeles City Council in 1999 and 2003. In 1998 he began writing commentary for the Los Angeles Times and in 2005 became a contributor to the award winning website, Truthdig.com on a wide range of topics including religion, race, politics, reproductive choice and popular culture. A native of Los Angeles he was educated at Harvard College and the University of Missouri-St. Louis. He holds the Master of Divinity from Union Theological Seminary in New York City and has done advanced graduate work at Claremont Graduate University in New Testament Studies. 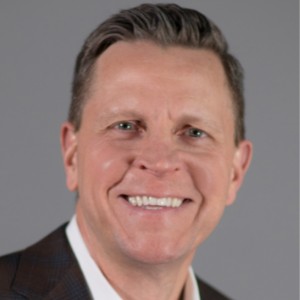 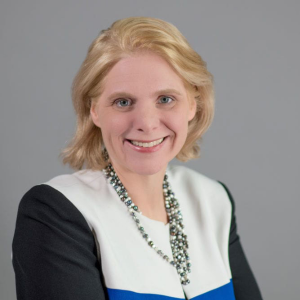 Kim Callinan is currently the President and CEO of Compassion & Choices; prior to that, she was the chief program officer. During her combined tenure at Compassion & Choices, Kim has played a leadership role in 1) authorizing and implementing medical aid in dying into six new jurisdictions: California, Colorado, the District of Columbia, Hawai‘i, New Jersey and New Mexico; 2) drafting, promoting and implementing Compassion & Choices’ new strategic plan; and 3) launching our Finish Strong initiative, which includes a book and a suite of new tools designed to empower patients to take charge of the final chapter of their lives, including focused efforts on helping people plan for a possible dementia diagnosis and closing the disparities in end of life care and planning that exist for communities of color. Read more.