The Latino population has experienced unprecedented growth in recent years. More than 60 million Latinos live, work and raise families in the United States, yet they continue to be underrepresented in the movement to empower end-of-life choices. Our Latino Leadership Council wants to change that. We're inviting public opinion leaders, community organizers, medical professionals and celebrities to help us engage this community to build stronger advocacy coalitions across the country. 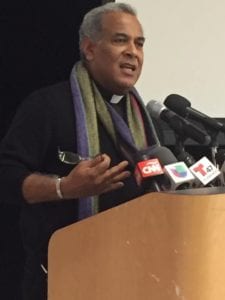 Father Barrios is a priest at Iglesia Episcopal Santa Cruz/Holyrood Episcopal Church. He is also a board-certified forensic examiner and Professor in the Department of Latin American & Latina/o Studies at John Jay College of Criminal Justice. For more than thirty years, Dr. Barrios has been a columnist at El Diario La Prensa in New York City, one of the oldest Spanish newspapers in the United States. A long-time community activist, Dr. Barrios’ research has inspired him to work with organizations committed to reforming the juvenile justice system and immigrant rights.

Rev. Camacho is the Latino Ministry pastor at Lancaster United Methodist Church. He is well known for his commitment to community bridge building and working in partnership with other churches, non-profits and health/human activists. 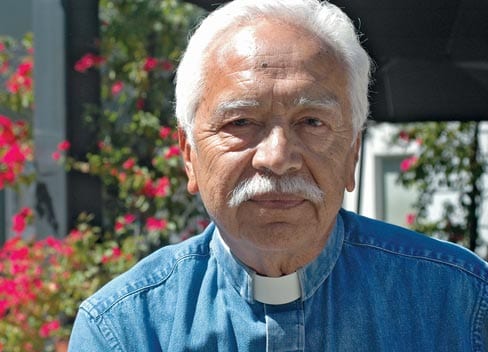 Rev. Dr. Ignacio Castuera is a retired pastor of the United Methodist Church in Claremont, California. He is a civil and human rights activist who helped pass California’s End of Life Option Act. Rev. Castuera served congregations in Mexico, Hawaii, and California, including eleven years at the Hollywood United Methodist Church. He is editor of Dreams on Fire: Embers of Hope: From the Pulpits of Los Angeles After the Riots, one of the top ten religious books of 1992. A former Compassion & Choices board member, Rev. Castuera has championed numerous social issues that have grown quickly into broader acceptance. He was the national chaplain for Planned Parenthood for six years, married gay couples on national and international television, and has been a strong voice in the movement to authorize the option of medical aid in dying for terminally ill adults. Rev. Castuera holds a Doctor of Religion degree from Claremont School of Theology and taught Contemporary Theology at Southern Methodist University’s Perkins School of Theology for 25 years. 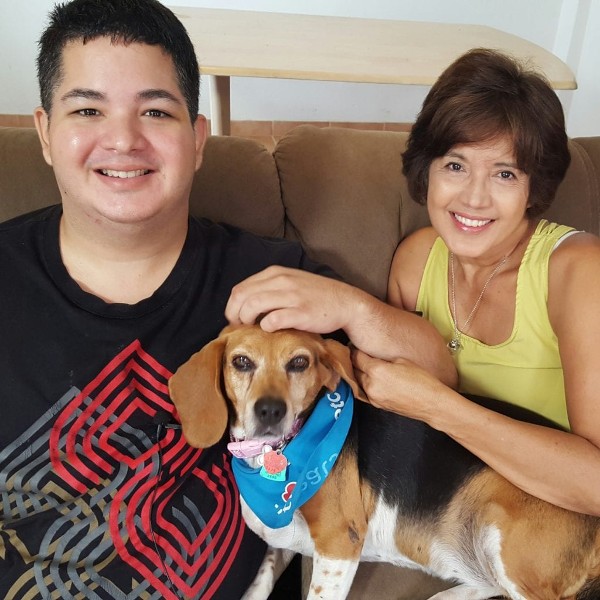 Nilsa is the mother of the late Miguel Carrasquillo, a 35-year-old former chef who died in his native Puerto Rico of brain cancer in June 2016. He became Compassion & Choices’ first bilingual advocate when he recorded videos in English and Spanish urging his fellow Latinos to support giving terminally ill adults the option of medical aid in dying. Miguel became a voice for Latinos, a community he loved and fought for until his last breath. He was proud to refer to himself as the “Latino Brittany Maynard.” 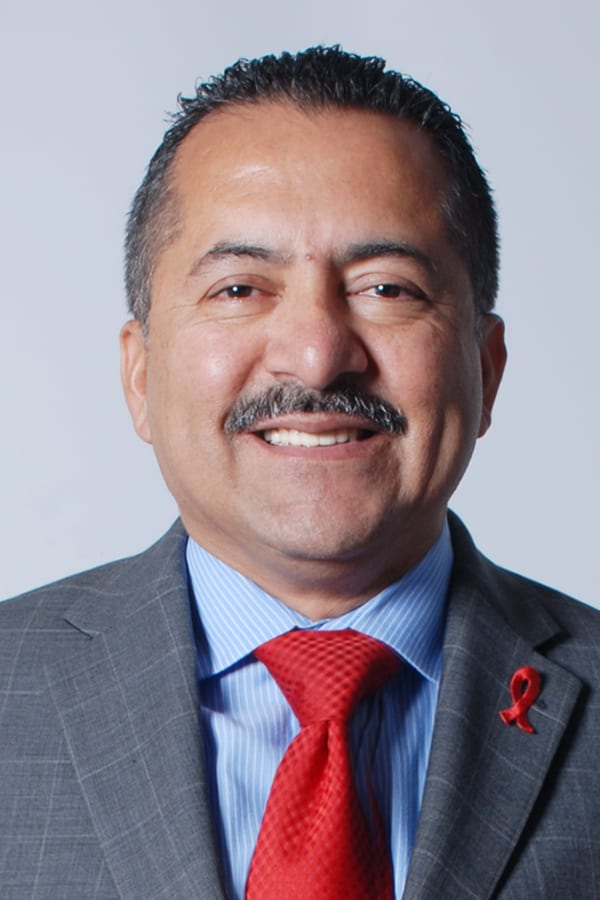 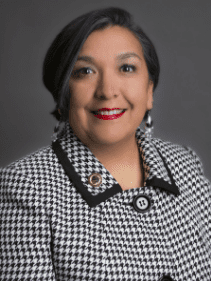 A Utah native, Rebecca represented Salt Lake City’s District 24 for 10 years in the state legislature, where she focused on policy related to health and human services, as well as voter engagement and access. She currently serves on the Governor’s Multicultural Commission and various other community boards and commissions. Her passion for supporting a continuum of patient-centered care, including sponsoring Utah’s End of Life Options Act legislation, is in part a result of having served on the health and human services committees. She continues to serve on several boards and initiatives and has been honored extensively for her efforts. Rebecca teaches non-profit administration classes as adjunct faculty within the University of Utah’s MPA program. She also provides leadership coaching and community engagement consulting through her public affairs firm, Aspira Public Affairs LLC. 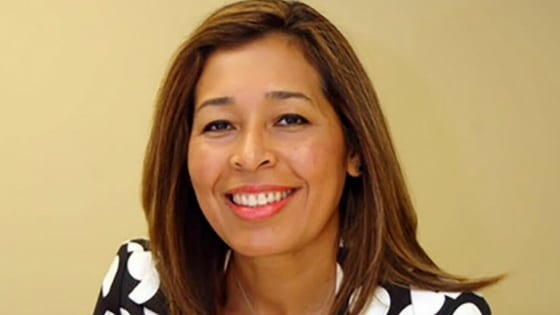 Dr. Cruz is the President and CEO of the National Hispanic Council on Aging (NHCOA). She also serves on the Boards of the Consumer Health Foundation and the American Society on Aging. Dr. Cruz has been appointed to serve on the Advisory Panel on Medicare Education (APME), which advises the Secretary of US Department of Health and Human Services (HHS) and Administrator of Center for Medicare & Medicaid Services (CMS) on opportunities to enhance the federal government’s effectiveness in implementing a national Medicare education program. She holds an adjunct faculty appointment at The George Washington University School of Public Health, where she lectures on issues related to Hispanic health. 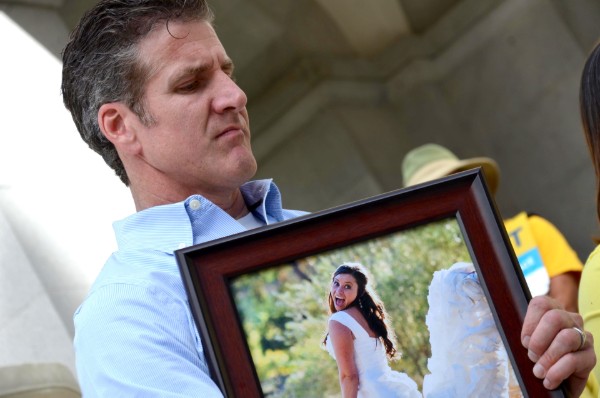 Dan is the widower of Brittany Maynard, who died in November 2014 from a brain tumor. The couple moved from California to Oregon, one of four states at that time that had authorized medical aid in dying so Brittany could get the prescription for aid-in-dying medication. As a result of Brittany’s story, in 2015 legislators introduced bills to authorize medical aid in dying in California, 24 other states as well as Washington, D.C. Dan continues to advocate for expanding the availability of end-of-life care options for terminally ill, mentally capable individuals. His efforts were instrumental in securing the passage of the End-of-Life Option Act in California. 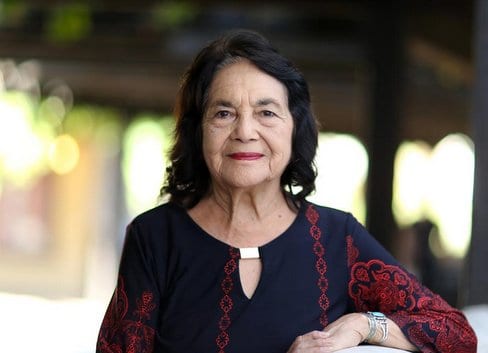 Dolores Huerta is an iconic civil rights activist, president of the Dolores Huerta Foundation. She has earned numerous national awards for her community service and advocacy for workers’ rights, including the United States Presidential Eleanor Roosevelt Award for Human Rights and the Presidential Medal of Freedom. She was the first Latina inducted into the National Women’s Hall of Fame, in 1993.  In 2020, she was named one of USA Today’s ‘Women of the Century.
Her support of the End-of-Life Option Act in California and the Elizabeth Whitfield End of Life Options Act in New Mexico was critical to the passage of the laws. Dolores’ advocacy was inspired by watching her mother’s suffering as she died from terminal  cancer that had spread throughout her body. She is the originator of the global phrase, ¡Si Se Puede! Yes We Can! 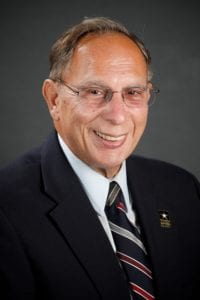 Jorge is a founding director of the Edward R. Roybal Institute on Aging at the University of Southern California (USC). Jorge has been actively involved in aging for more than 30 years, developing programs and services that benefit the aging community. He spent several years in Washington, D.C., serving as the House Select Committee on Aging, staff director and as Congressman Edward R. Roybal’s chief of staff, helping the former California congressman restore funding health programs and expand public housing programs for seniors. After returning to California, Jorge was named director of the Roybal Institute for Applied Gerontology at California State University, Los Angeles, and stayed at the helm when it moved to USC in 2007. He is a board member for the Hispanic Council on Aging, a member of the AARP California executive council and was appointed to the California Commission on Aging. He is a veteran of the US Army. 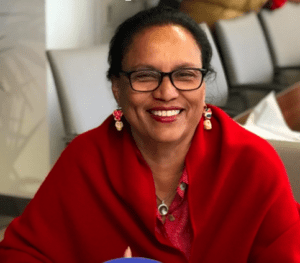 Maria Lemus is the founding Executive Director of Visión y Compromiso, an organization dedicated to a healthy and dignified life for all by supporting the transformational work of Promotoras, community health workers network, and other grassroots community leaders. These leaders are local community experts and trusted relationship builders who listen to and engage residents, families, and neighbors. Since 2000, Visión y Compromiso has provided the leadership, capacity building and advocacy to over 5,000 workers associated with clinics, hospitals and diverse community-based organizations in rural and urban communities across California and Nevada and throughout the U.S., Mexico and Guatemala. 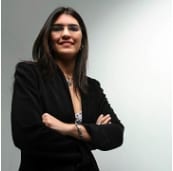 Isa is a seasoned multicultural communications and development consultant. She advises corporations on how to communicate and penetrate the Latin American and US Hispanic markets. Isa has held various leadership roles at Make-A-Wish Foundation and San Jorge Children’s Hospital in Puerto Rico, Spirit Airlines, and the American Red Cross. Her trademark is to create strategies that promote philanthropic interests for individuals and the corporate world.

In 2014, Mauricio Ochmann became the first Hollywood celebrity to advocate for passing medical aid-in-dying laws that allow mentally capable, terminally ill adults with six months or less to live to have the option to get prescription medication they can decide to take to peacefully end unbearable suffering. His vocal advocacy helped Compassion & Choices Action Network’s successful grassroots campaign to pass California’s End of Life Option Act in 2015. Today, 10 other states and Washington, D.C. now also allow medical aid in dying.

In 2018, Mauricio joined civil rights activist Dolores Huerta in the fight to reinstate the End of Life Option Act, when a California judge issued a judgment temporarily suspending the compassionate law. He also visited a terminally ill Californian who wanted the option to die peacefully. He has written numerous editorials and recorded a series of Public Service Announcements  to help raise awareness about options at the end of life. 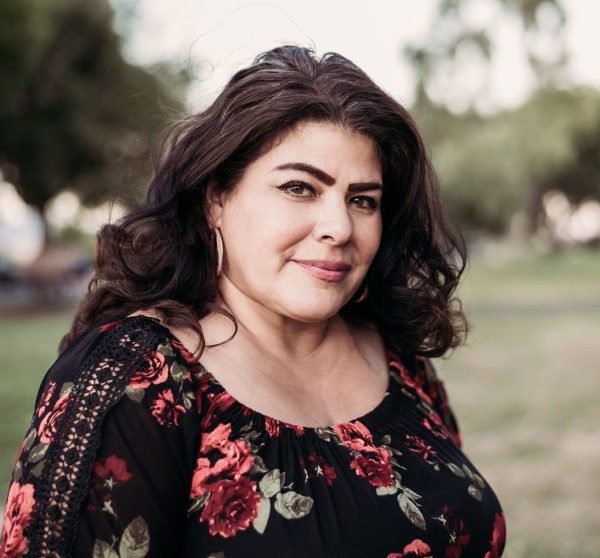 Hanna is a fighting warrior of Multiple Myeloma and Breast Cancer. Through her own personal experience, she conceived the idea to create a more personal and intimate relationship in helping others. The Brave & Beautiful Project is a non-profit organization that is dedicated to creating personal, intimate experiences with patients and families in need of advocacy and assistance while battling blood cancer. 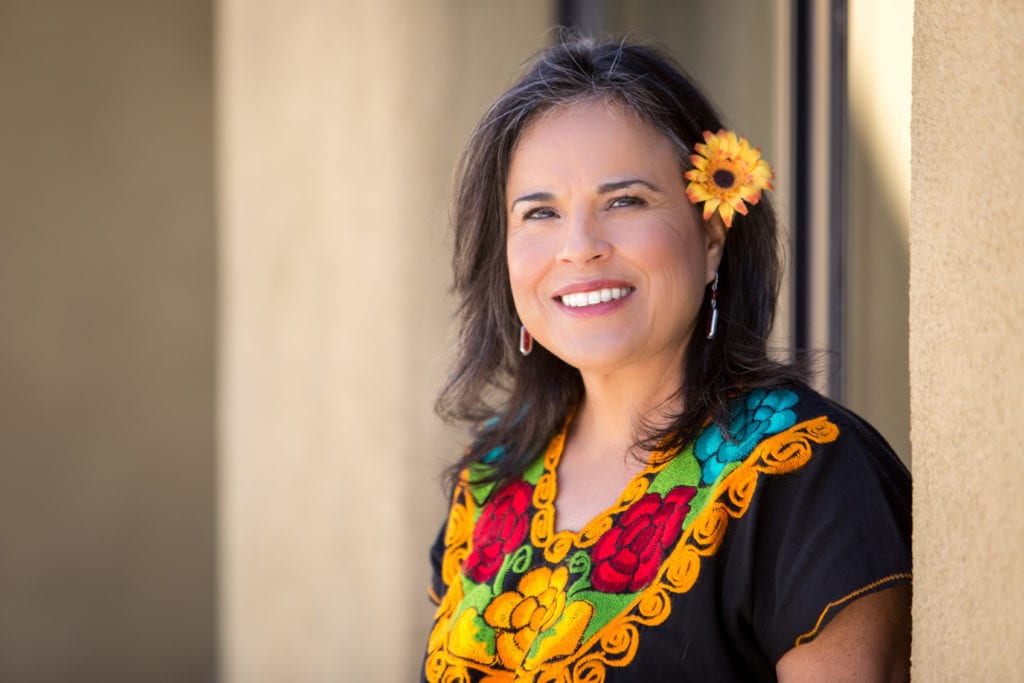 Maria is an immigrant, community leader, public health educator and grassroots activist who has dedicated her more than 23 years as a health professional to social justice and dismantling oppression, and empowering communities to have a voice in their health and healthcare. She co-founded Nuestra Salud, a community-based organization whose mission is to reduce health disparities affecting Hispanic communities in New Mexico. Maria works with minority populations to provide health education on maternal-child health, reproductive rights, tobacco-use prevention, chronic-disease risk factors and end-of-life options. Her work has been published in peer-reviewed journals and lay media. Maria earned a Bachelor of Science degree from New Mexico State University and has dedicated her entire career to dismantling oppression and empowering communities to have a voice. 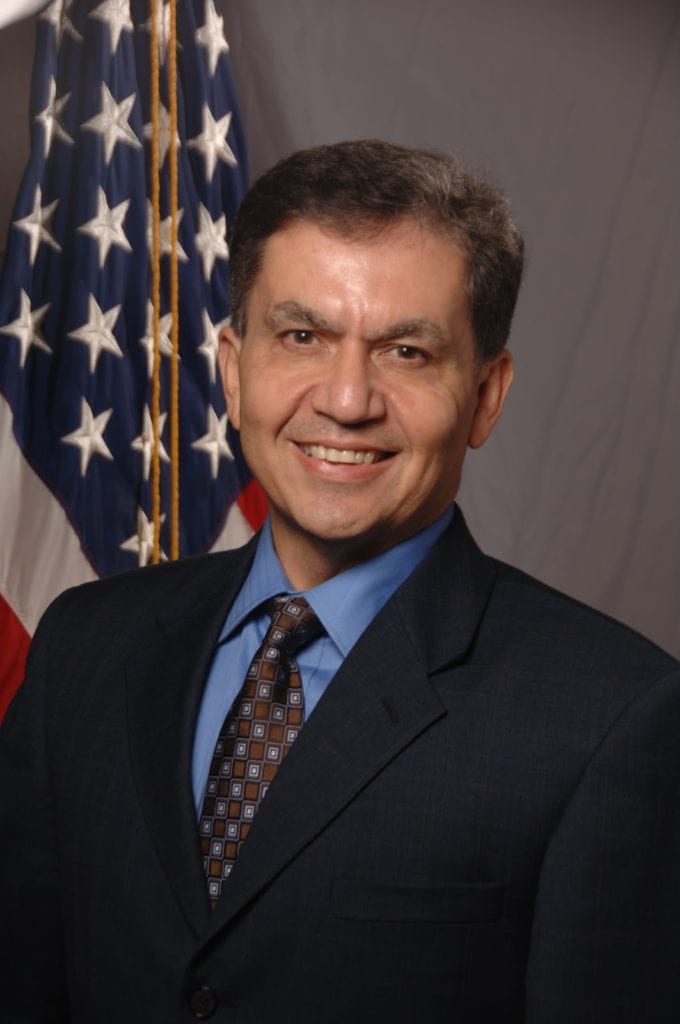 Dr. Torres was recently appointed as Vice President, Community Relations & Partnerships at Urban Health Plan, one of the largest community health networks in New York State. He also serves as president of Latinos for Healthcare Equity, a not-for-profit organization created to improve access to quality, affordable health care for the Latino community. Prior to this position, he was appointed by President Obama to serve as the Regional Director of the U.S. Department of Health and Human Services (HHS), Region II, covering New York, New Jersey, Puerto Rico and the US Virgin Islands. In this role, he served as the representative of HHS Secretary Kathleen Sebelius and helped coordinate departmental policies and initiatives. Hispanic Business Magazine selected him as one of the “100 Most Influential Hispanics” in the United States. He has also been honored with the Dr. Helen Rodriguez-Trias National Latino Leadership Award by the National Hispanic Medical Association. 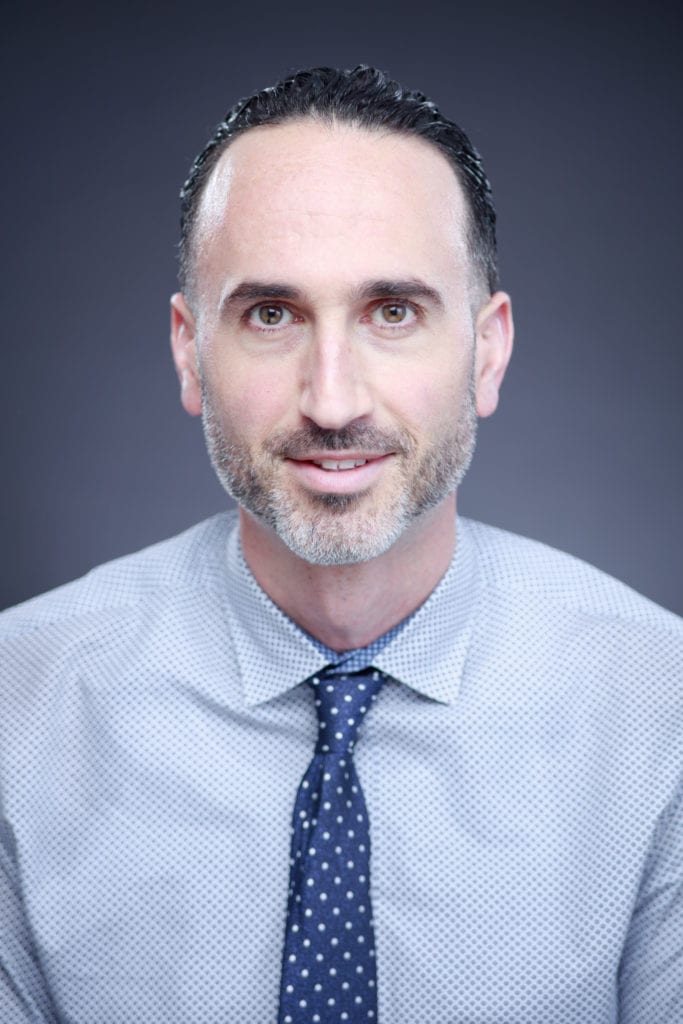 Dr. Turner-Lloveras is an assistant professor of medicine at David Geffen School of Medicine at the University of California Los Angeles at Harbor-UCLA. He graduated from the University of Southern California with a Bachelor of Arts in Interdisciplinary Studies. He obtained his medical degree from the University of Chicago Pritzker School of Medicine in 2009. He completed his residency training in internal medicine at New York-Presbyterian/Columbia University Medical Center in 2012. Shortly after that, he began his four-year commitment as a National Health Service Corp scholar in Los Angeles, where he worked as a primary care physician and hospitalist in the Watts and Skid Row areas from 2012-2016. Dr. Turner-Lloveras is the Regional Chair for the West of the National Hispanic Medical Association.
Show Hide Contents + -
Donate to Compassion & Choices