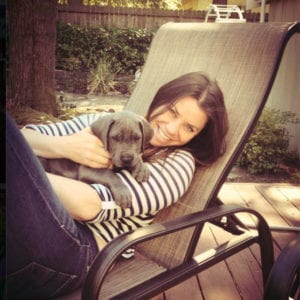 On October 6, 2014, Compassion & Choices announced a historic, strategic partnership with a terminally ill, 29-year-old Californian Brittany Maynard that has super-charged the movement to expand and improve end-of-life care options ever since.

Just one month later, Quartz Media observed: “Compassion & Choices, the national right-to-die advocacy organization, certainly recognized what they had in Maynard. As soon as she called their headquarters in Denver, Colorado, they put into motion a brilliantly savvy national campaign to leverage her unique appeal as a spokesperson for their movement. Compassion & Choices arranged for People to do a heartfelt story on Maynard’s decision. They connected her with CNN Opinion to write a widely read and shared op-ed. They shot, edited and released to YouTube a mesmerizing six-and-a-half minute video featuring Maynard, her husband and her mother speaking movingly about her choice. And they helped her build a website and launch a social media campaign that turned her name and the #DeathWithDignity slogan into nationally trending hashtags.”

More than 12 million people have watched the video describing why Brittany and her family had to move to Oregon, so she could utilize its Death with Dignity Act because California did not have a medical aid-in-dying law. The campaign generated global digital-media attention, drawing more than 6 million unique viewers from nearly 240 countries to Compassion & Choices website. A YouGov poll three weeks later the campaign launch showed 38 percent of American adults – 93 million people – had heard her story and knew that she advocated for medical aid in dying. The People.com story about her death on Nov. 1, 2014 was the biggest story in Time Inc. publication history, garnering more than 16.1 million unique visitors and reaching nearly 54 million people on Facebook, according to Advertising Age.

Despite his grief over his wife’s death, Dan Diaz was determined to fulfill his promise to Brittany to continue her advocacy to pass medical aid-in-dying bills in California and across the nation. He recognized Compassion & Choices as the best organization to carry on her advocacy because Compassion & Choices President Barbara Coombs Lee co-authored the Oregon law that is the model for laws in other jurisdictions and its experience passing, defending and implementing the laws.

Five years after Compassion & Choices launched this partnership in October 2014, the number of jurisdictions that have authorized medical aid in dying has grown from four to nine, including California in 2015, Colorado in 2016, the District of Columbia in 2017, Hawai‘i in 2018 and New Jersey in 2019. It took 20 years to authorize the first four states: Oregon in 1994, Washington in 2008, Montana in 2009 and Vermont in 2013. That equates to a fivefold increase in the rate of progress! Brittany Maynard’s legacy is secure, but it is far from over, thanks to Compassion & Choices’ ongoing partnership with her husband Dan Diaz.

Take Action
Ways to Give
Volunteer
Share Your Story