Senate Bill 579, which would allow doctors to make an exception to the waiting period requirements if the patient is not expected to live through the 15 day wait, went into effect January 1, 2020.

Compassion & Choices, and our predecessor organization Compassion & Dying, led successful efforts to ensure the law was properly implemented, which has resulted in dozens of health systems adopting supportive policies and thousands of Oregonians being able to access the law without a single incidence of proven abuse or coercion. Until 2019 the law remained unchanged.

The second challenge to the law came in 2001 when the U.S. Attorney General John Ashcroft directs agents of the Drug Enforcement Agency that Oregon physicians prescribing within the Oregon law was in violation of federal law. Compassion & Choices’ predecessor organization, Compassion & Dying, joined the state of Oregon and sued Ashcroft and his successor Alberto Gonzales, in Oregon v. Gonzales. 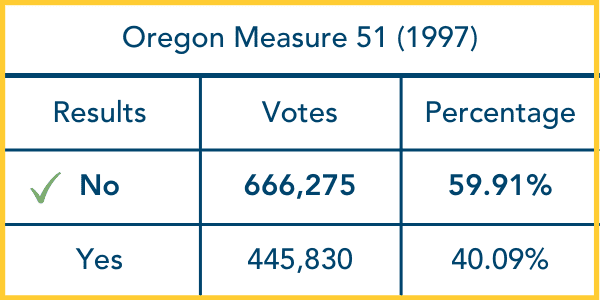 Oregon’s Death with Dignity Act was affirmed by ballot initiative in 1994 by 51% of voters. Oregon legislators, believing voters had erred, put a repeal before them in 1997, which voters rejected by almost 60%. 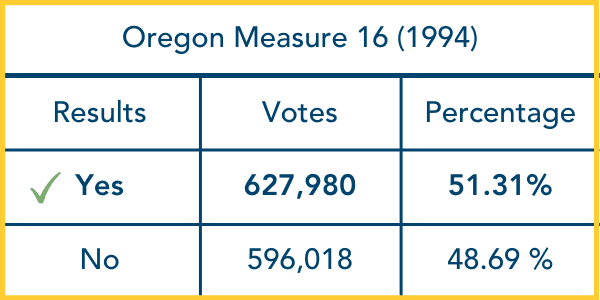 After the passing of Oregon’s Death with Dignity Act in 1994, Lee v. Oregon was the first challenge to medical aid in dying, not only in Oregon, but in the United States. Defendants were joined by Defendant-Intervenors, who included Compassion & Choices’ President, Barbara Coombs Lee, all of whom presented arguments showing that Plaintiffs claims were baseless and the case was without standing.