Note From the CEO: July 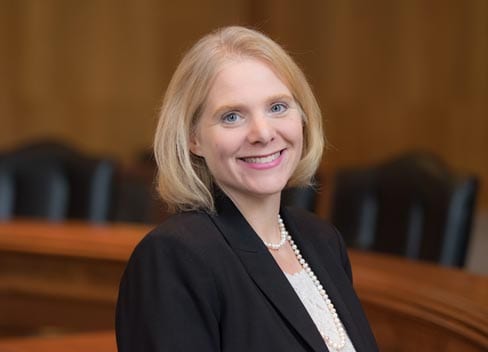 As protests for racial justice in Portland continue and new images of the federal response emerge, I want to express my concern for the safety of the many Compassion & Choices staff, supporters, volunteers and allies who live there. Please know that we are thinking of you during this tumultuous time.

As a mom myself, I was proud to see the group of women who call themselves the Wall of Moms stand up for their rights. Whether you agree or disagree with their perspective, it is hard not to admire their tenacity and drive.

It is this same steadfast determination that spurs me on to fight for terminally ill people to be able to peacefully end their suffering if they so choose, through the medical practice of aid in dying. We know that three-quarters of people support medical aid in dying. In fact, a new Gallup poll confirms that and reasserts the notion that people of all demographic backgrounds are in favor of medical aid in dying as an end-of-life care option. Yet, right now, just 1 in 5 people have access to the practice.

I recently had the privilege of interviewing actress Anna Camp, star of the film Here Awhile, which follows a terminally ill young woman who returns to Oregon to make use of the state’s Death with Dignity Act.

As a young woman herself, she talked about how it brought her closer to her own mortality and how fleeting life really is. “This issue is about anyone at any age, and everyone deserves respect,” she said.

We often think of this issue as one that impacts older adults. But Anna is right. We will all die, hopefully later, but it will happen. All of us, regardless of where we live, should have access to the full range of end-of-life options.

Your support is helping us to achieve our goal of creating an American standard in which half of the U.S. population lives where medical aid in dying is an open and accessible medical practice. We are grateful for your support.

I’ll close with a bit of sad news. Our friend, Fay Hoh Yin, who moved to Brooklyn last year to live with her daughter, Monona Yin, as she underwent medical treatments for incurable T-cell lymphoma, recently died. While the news is sad, we celebrate Fay and her daughter, and the work they’ve done to advocate for and support medical aid in dying. If you do not know Fay, I encourage you to watch her video and join us in carrying out her legacy.