In the Matter of Romero

In May 2015, Juan Fernando Romero suddenly became ill and was left in a persistent vegetative state. After watching her husband suffer for many months, Ana Romero accepted that Fernando would have never wanted to remain in such a state and sought to bring him home and begin palliative care. 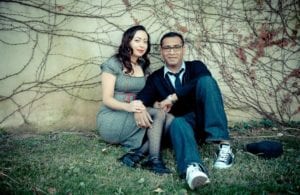 The day before Ana was to bring Fernando home, Juan’s sister, Lilian, and his parents Sandra and Arturo, filed suit to challenge Ana’s right to make healthcare decisions on Fernando’s behalf.

Compassion & Choices along with the law offices of Davis Wright Tremaine LLP, Jon B. Eisenberg, and Mark Drew took on Ana’s case. There were numerous court hearings as the trial stretched on for over one and a half years.

While the case was being litigated, Juan Fernando Romero passed away on June 3, 2017. Ms. Romero chose to see the case through to clarify legal precedent for surrogate healthcare decision making in the absence of an advance directive. On March 5, 2018, Judge House filed her decision that Ana Romero was rightfully in control of her husband’s medical decisions.

The case was covered in the Los Angeles Times. Compassion & Choices press release can be read here.